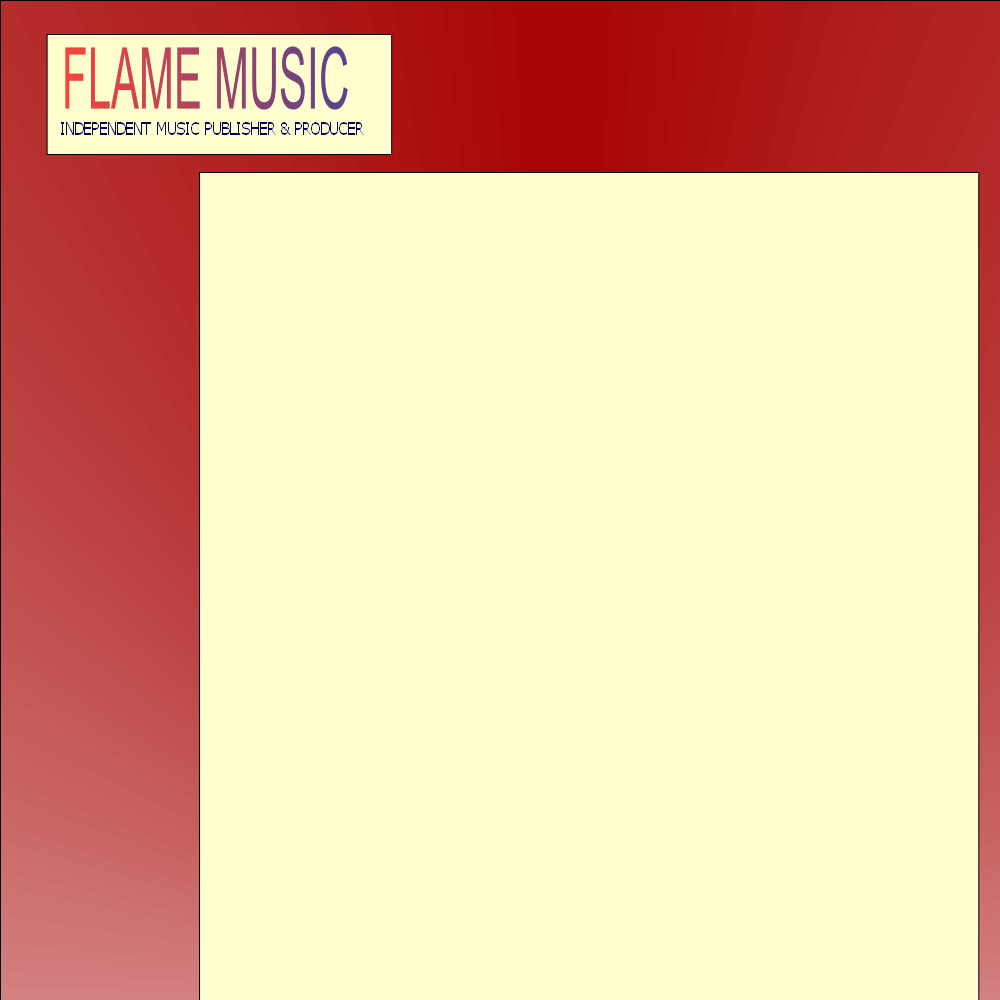 Flame Music Publishing was created in the 1980s to service a series of Song Festivals which began on The Isle Of Wight in September 1985 and continued in Dorking, Southend and finally Thorpe Park in the mid 1990s.

Since those early days Flame Music has also published all of the co-written output of Gid Taylor and Stephen Gold. Their catalogue covers songs and music from numerous stage and arena shows as well as individual pop songs.

For information on any of our services please contact